Polyfill’s PIB Compound PT-60 is a concentrate of very high molecular weight Polyisobutylene tackifier and Linear Low Density Polyethylene. It contains the blend of Poly-Iso-Butylene & Special additive dispersed in the polymer matrix, made in the state of the art plant to give excellent performance in extreme climatic conditions. The composition is used as a Cling Agent to produce Stretchwrap films from LLDPE or LDPE. It is in the form of dry free flowing pellets. 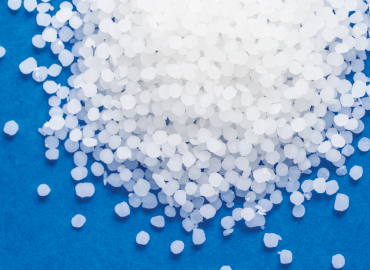 PIB Compound is mainly used in LLDPE / LDPE self adhesive Stretch Film, Cling Film, & Wrap Film (either Blown Film or Cast Film) and it is available in granule form.

PIB Compound is available in the granule form which is very easy to handle as against the direct dosing of PIB liquid which is very difficult & tedious to handle due to high viscosity. Our PIB Compound distributes very uniformly over the entire film imparting the strength & tackiness properties to the film with self adhesive properties. And this property of the film helps to bind the packages together with proper grip. In multi-layer films, PIB Compound is used only in one layer, the upper layer and the adding ratio is determined by the film thickness and on the layer to be used.

Cling films made from our PIB Compounds are most economical and the quality of the film coverage increases on stretching. The loading of PIB master batch varies from 1% to 6% depending upon the type of the film plant (Blown or Cast Line) installed.

We suggest the following addition level based on the test results from outdoor weathering tests and from practical experience :

The above dosages are for guidance only. Actual condition may vary from film to film, process to process and also upon the thickness of the film and its specific uses.

To get the best results in case of extrusion, it is advisable to mix the material throughly before feeding in a hopper. 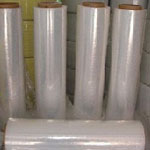